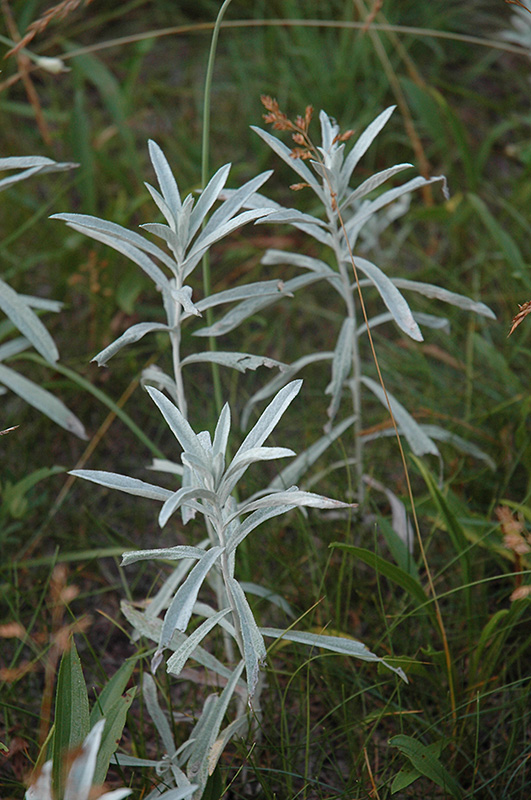 Beautiful silvery foliage that is fuzzy and soft; this vigorous and nearly industructible plant spreads wide and grows tall; perfect for xeriscapes

Western Mugwort's attractive tomentose narrow leaves remain silver in color throughout the season on a plant with an upright spreading habit of growth.

Western Mugwort is an herbaceous perennial with an upright spreading habit of growth. Its relatively fine texture sets it apart from other garden plants with less refined foliage.

This plant will require occasional maintenance and upkeep, and is best cleaned up in early spring before it resumes active growth for the season. Deer don't particularly care for this plant and will usually leave it alone in favor of tastier treats. Gardeners should be aware of the following characteristic(s) that may warrant special consideration;

Western Mugwort is recommended for the following landscape applications;

Western Mugwort will grow to be about 4 feet tall at maturity, with a spread of 5 feet. Its foliage tends to remain dense right to the ground, not requiring facer plants in front. It grows at a fast rate, and under ideal conditions can be expected to live for approximately 10 years. As an herbaceous perennial, this plant will usually die back to the crown each winter, and will regrow from the base each spring. Be careful not to disturb the crown in late winter when it may not be readily seen!

This plant should only be grown in full sunlight. It prefers dry to average moisture levels with very well-drained soil, and will often die in standing water. It is considered to be drought-tolerant, and thus makes an ideal choice for a low-water garden or xeriscape application. It is particular about its soil conditions, with a strong preference for clay, alkaline soils, and is able to handle environmental salt. It is highly tolerant of urban pollution and will even thrive in inner city environments. This species is native to parts of North America. It can be propagated by division.