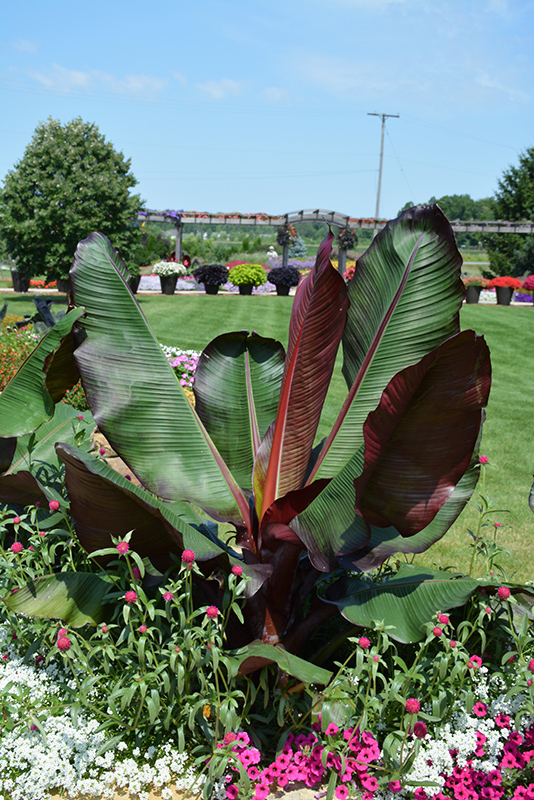 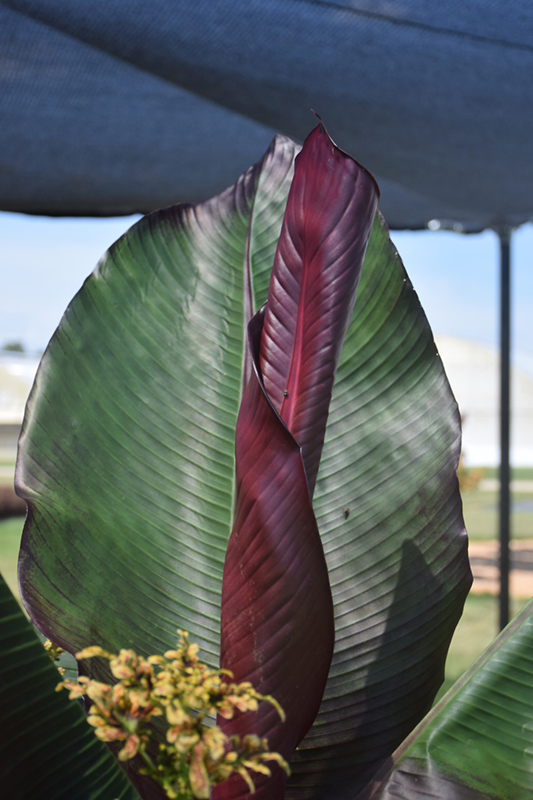 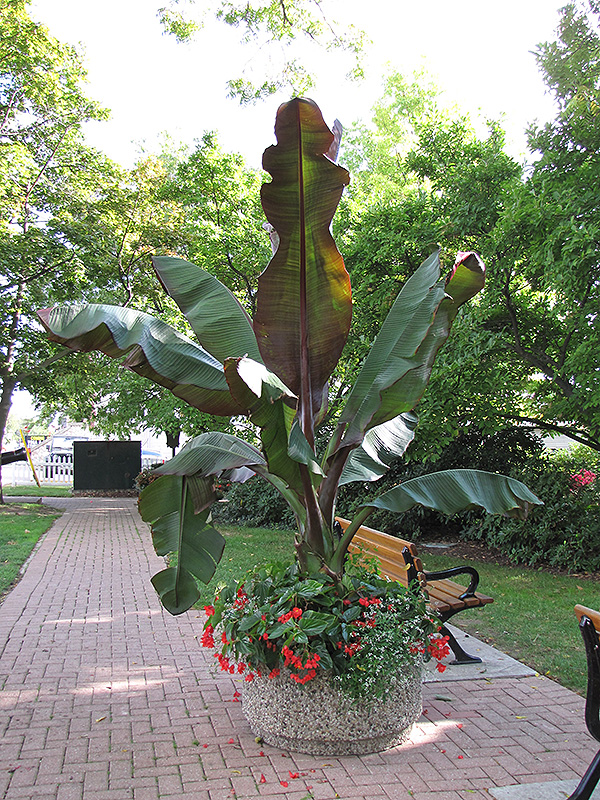 A popular choice for creating tropical effects; grown primarily for its stunning green and burgundy-red variegated foliage and stems, this variety makes a beautiful statement in the garden or containers; may be wintered indoors in colder areas

Red Banana is a wonderfully ornamental plant with characteristically tropical foliage and a distinctive habit of growth. Its attractive large glossy narrow leaves remain green in color with showy burgundy variegation throughout the year. It is grown primarily for its ornamental qualities rather than any edible fruit. The scarlet stems can be quite attractive.

Red Banana is an herbaceous evergreen perennial with an upright spreading habit of growth. Its wonderfully bold, coarse texture can be very effective in a balanced garden composition.

This plant will require occasional maintenance and upkeep, and should not require much pruning, except when necessary, such as to remove dieback. It has no significant negative characteristics.

Red Banana is recommended for the following landscape applications;

Red Banana will grow to be about 20 feet tall at maturity, with a spread of 8 feet. It has a low canopy with a typical clearance of 1 foot from the ground. It grows at a medium rate, and under ideal conditions can be expected to live for approximately 10 years. As an evegreen perennial, this plant will typically keep its form and foliage year-round.

Bananas are curious plants in a botanical sense. Strictly speaking they are perennials, with individual shoots rising up from underground rhizomes and maturing in one to two years, then ultimately dying after producing fruit, to be replaced by new shoots from the base. However, given their ultimate size and coarseness they almost behave as small trees in the landscape. This plant performs well in both full sun and full shade. It does best in average to evenly moist conditions, but will not tolerate standing water. It may require supplemental watering during periods of drought or extended heat. It is not particular as to soil type or pH. It is somewhat tolerant of urban pollution. This is a selected variety of a species not originally from North America.

Red Banana is a fine choice for the garden, but it is also a good selection for planting in outdoor pots and containers. Its large size and upright habit of growth lend it for use as a solitary accent, or in a composition surrounded by smaller plants around the base and those that spill over the edges. It is even sizeable enough that it can be grown alone in a suitable container. Note that when growing plants in outdoor containers and baskets, they may require more frequent waterings than they would in the yard or garden.