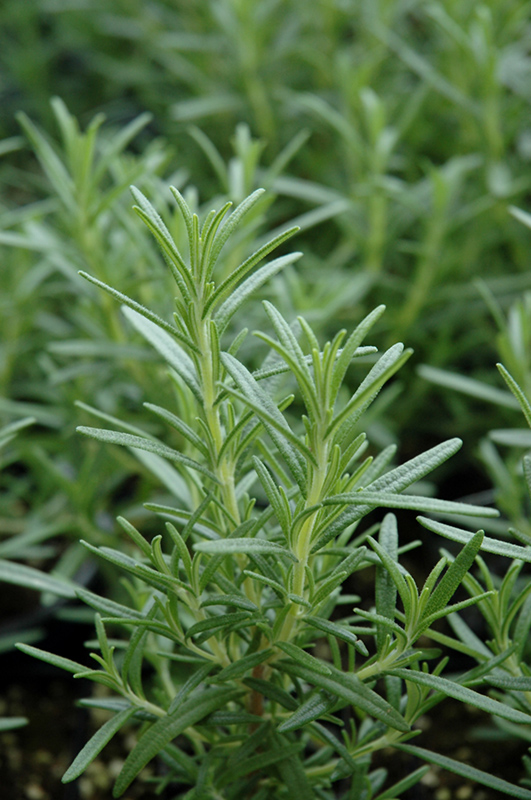 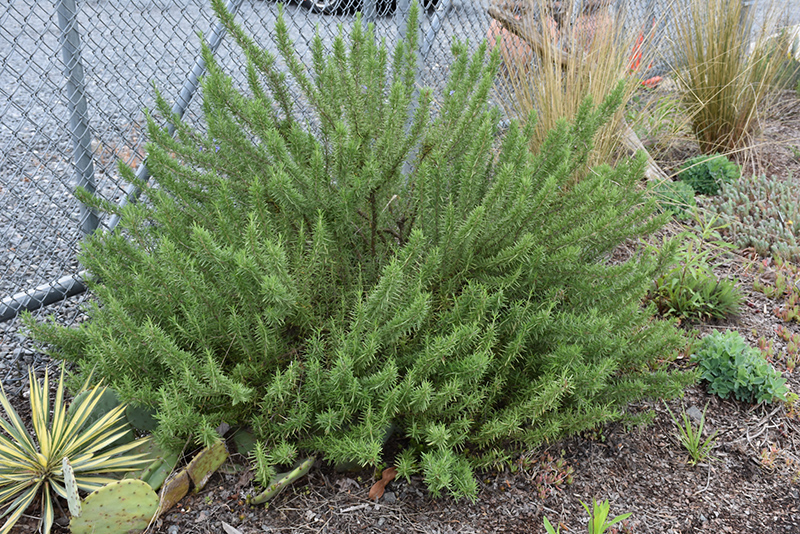 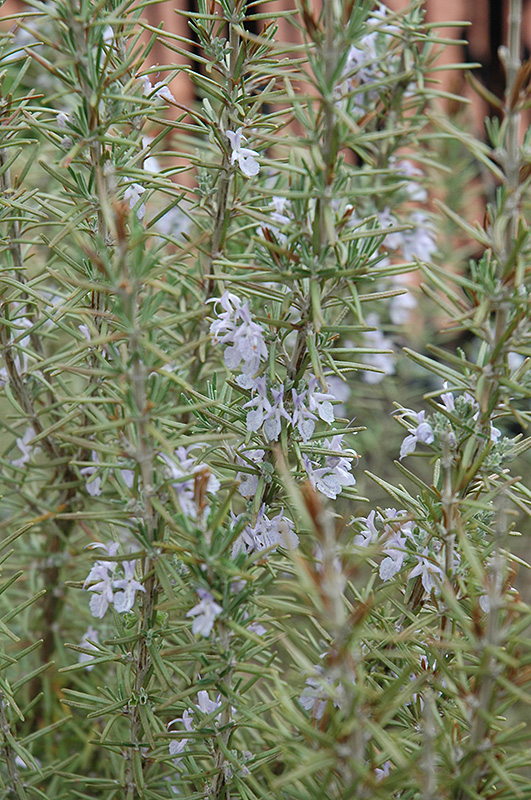 Regarded as the most hardy rosemary cultivar, originally found in Arp Texas in 1972; thick resinous gray green leaves with a lemony scent and an open growth habit; an herb widely used in cooking, and an excellent choice for topiaries

Arp Rosemary is a woody herb that is typically grown for its edible qualities, although it does have ornamental merits as well. The fragrant grayish green needle-like leaves are usually harvested from early to mid summer. The leaves have a sharp taste and a pungent fragrance.

The leaves are most often used in the following ways:

Arp Rosemary features dainty spikes of lightly-scented blue flowers at the ends of the branches from late spring to early summer. It has attractive grayish green foliage. The fragrant needles are highly ornamental and remain grayish green throughout the winter.

This is an open multi-stemmed evergreen woody herb with an upright spreading habit of growth. Its relatively fine texture sets it apart from other landscape plants with less refined foliage. This plant will require occasional maintenance and upkeep, and is best cleaned up in early spring before it resumes active growth for the season. Deer don't particularly care for this plant and will usually leave it alone in favor of tastier treats. It has no significant negative characteristics.

Aside from its primary use as an edible, Arp Rosemary is sutiable for the following landscape applications;

Arp Rosemary will grow to be about 4 feet tall at maturity, with a spread of 5 feet. It has a low canopy. It grows at a medium rate, and under ideal conditions can be expected to live for approximately 10 years.

This woody herb is quite ornamental as well as edible, and is as much at home in a landscape or flower garden as it is in a designated herb garden. It should only be grown in full sunlight. It prefers dry to average moisture levels with very well-drained soil, and will often die in standing water. It is not particular as to soil type or pH. It is highly tolerant of urban pollution and will even thrive in inner city environments. Consider applying a thick mulch around the root zone in winter to protect it in exposed locations or colder microclimates. This is a selected variety of a species not originally from North America.

Arp Rosemary is a good choice for the edible garden, but it is also well-suited for use in outdoor pots and containers. With its upright habit of growth, it is best suited for use as a 'thriller' in the 'spiller-thriller-filler' container combination; plant it near the center of the pot, surrounded by smaller plants and those that spill over the edges. It is even sizeable enough that it can be grown alone in a suitable container. Note that when grown in a container, it may not perform exactly as indicated on the tag - this is to be expected. Also note that when growing plants in outdoor containers and baskets, they may require more frequent waterings than they would in the yard or garden.